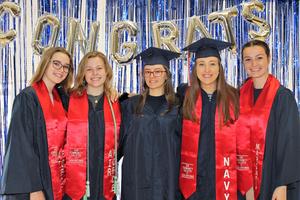 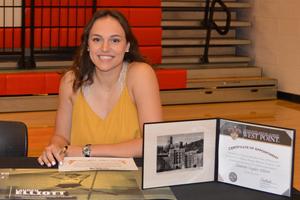 Among the 2019 Comal ISD graduates are those who will soon serve in the United States military.

Military roots run deep in the Texas Hill Country and in the Comal Independent School District. Therefore, it is no surprise that a percentage of graduating seniors proudly chose to enlist in the military or continue their academic pursuits at military academies.

Five SVHS female seniors are excited about their choice to join the military including Olivia Miller, Catelyn Mitchell and Riley Sherrill who have enlisted in the U.S. Air Force; Alexis McConnell, in the U.S. Navy; and Heather Day, in the U.S. Marine Corps.

-Canyon High School Graduate Lauren Elliott received her appointment to the U.S. Military Academy at West Point earlier in the school year. She is one of four CHS graduates from the Class of 2019 to receive a military appointment.