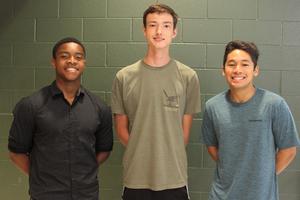 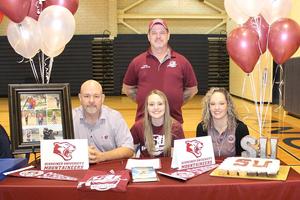 The 1,492 seniors who recently graduated from Comal ISD were offered scholarships for everything from chess and bowling to academic excellence and softball.

Collectively, high school seniors graduating from the Comal Independent School District for 2019 have been offered $33.97 million in scholarships.

The breakdown of the scholarships among the high schools includes $15.62 million at CHS, $3.45 million at CLHS, $1.9 million at MECHS and $13 million at SVHS. While the $33.97 million includes local, state, private and national scholarships, a few are noteworthy, and a few are unconventional.

For example, three CLHS students received Army ROTC scholarships and one CLHS student received a scholarship for chess. Jeremy Ammon will attend Texas Tech University and study petroleum engineering; and a $1,500-a-year chess scholarship will help him pay for his degree.

A total of 21 seniors from MECHS accepted full scholarships to universities, that is almost half of the graduating class. Joshua Lux received the Presidential Scholarship from Texas Lutheran University totaling $120,000, and Martina Spangrud received the Emerald Eagle Scholarship from the University of North Texas totaling $102,720. Lux plans to study psychology, and Spangrud plans to study education.

- The Canyon Lake High School class of 2019 was offered $3.45 million in scholarships. Among those receiving scholarships are picture from left, Caleb Almond, Henry Stokes and Jeremy Ammon.