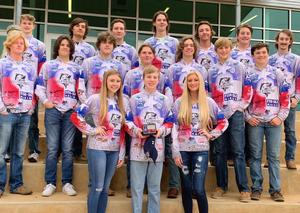 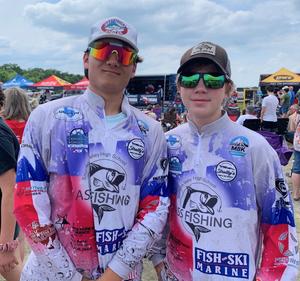 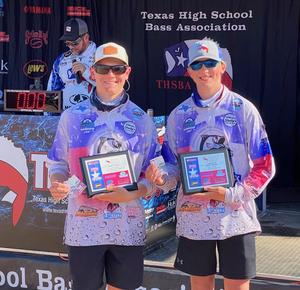 Bass fishing as a sport has really taken off, and Comal ISD has one of the best teams in the state of Texas. Highlights of this year's winning season include the Hill Country Division Championship title, anglers of the year and more.

The Comal ISD Bass Fishing Club ended its second year as the fourth-place team in the state of Texas, earning $4,300 in college scholarships for team members.

Angler team Evan Koop and Evan Velez from Smithson Valley High School placed 10th out of 272 teams of two at the state tournament May 15-16 at Lake Texoma, receiving a $1,000-college scholarship each.

This year’s season consisted of five tournaments which began in September and continued into March at various lakes in the Texas Hill Country. The club brought home the first-place prize at four of the five tournaments, culminating in being named the Hill Country Division Champions at the regional tournament on April 17 in Lake Palestine with 18 qualifying student anglers participating.

In addition, Cade Dornburg and Braxton Alexander were name Anglers of the Year for the Hill Country Division.

This year’s team was coached by Jason Pape at SVHS, Ryan Frech at Canyon High and Philip Pracia at Davenport High.

Students interested in joining the club for the 2021-2022 season should complete a membership form here.

-The team of Evan Velez and Evan Koop, students at Smithson Valley High School, placed 10th in the state bass fishing tournament May 16.

-Braxton Alexander and Cade Dornburg were named Anglers of the Year for the Hill Country Division of the Texas High School Bass Association.